Julia is a high-level general-purpose dynamic programming language that was originally designed to address the needs of high-performance numerical analysis and computational science, without the typical need of separate compilation to be fast, also usable for client and server web use, low-level systems programming or as a specification language.

Work on Julia was started in 2009, by Jeff Bezanson, Stefan Karpinski, Viral B. Shah, and Alan Edelman who set out to create a free language that was both high-level and fast. On 14 February 2012 the team launched a website with a blog post explaining the language’s mission. Julia 1.0, the first longterm stable version, was released on 8 August 2018.

Since 2012, the user number and package number keep on increasing. In order to give an overview of the popularity the trend, we collect the historical language-rank data from TIOBE and RedMonk, after it first enters Top-50 in Sep, 2016. Hope it could be help the users to understand the popularity trend of Julia. Data complement and correction are welcomed.

There are many websites/organizations rank the popularity of the programming languages according to different indexes and evaluation methods. TIOBE and RedMonk are two of the popular websites, which are selected as the data source to show the popularity trend of Julia.

2.1 Trend According to TIOBE

As the marketing/percentage of Julia is still small, the ranking would not be so robust and fluctuation is normal.

The ranking and rating value graphs are as follows. 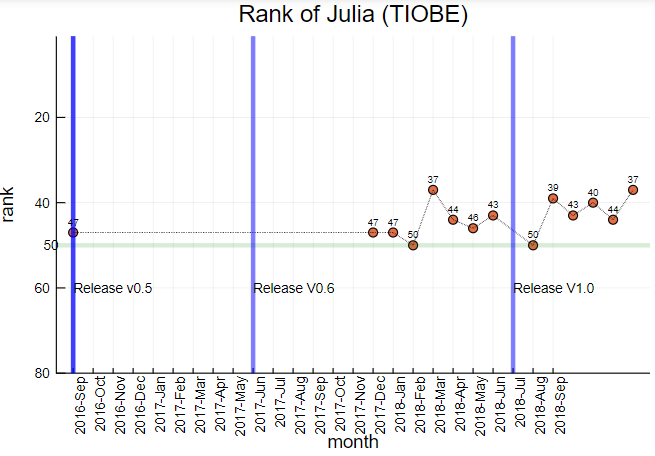 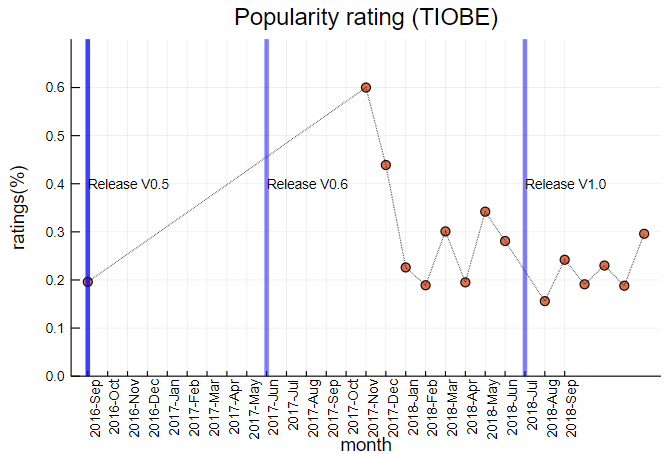 The following table shows the Julia Rank in RedMonk. 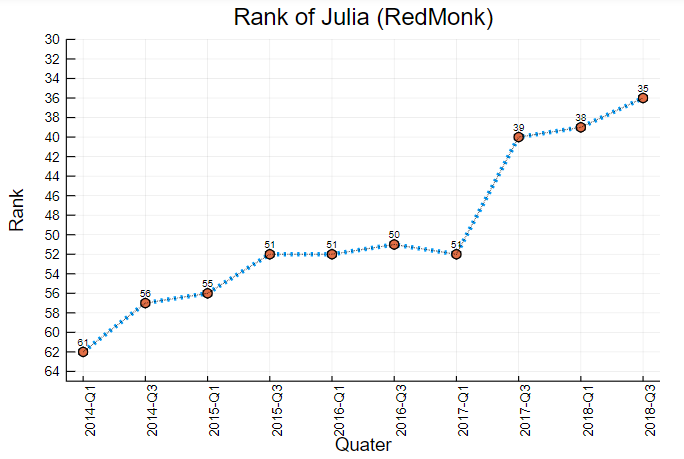 Figure Popularity trend according to RedMonk 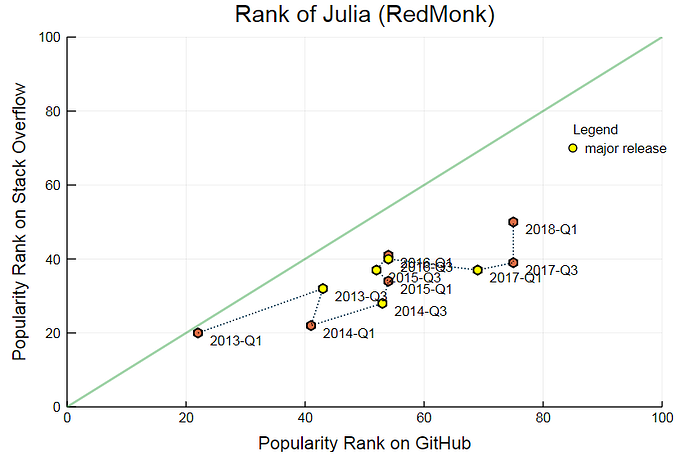 Figure 3 Popularity trend according to GitHub and Stack Overflow (Noted: the data is measured manually from the following figures from RedMonk.)

Appendix A. Report from RedMonk 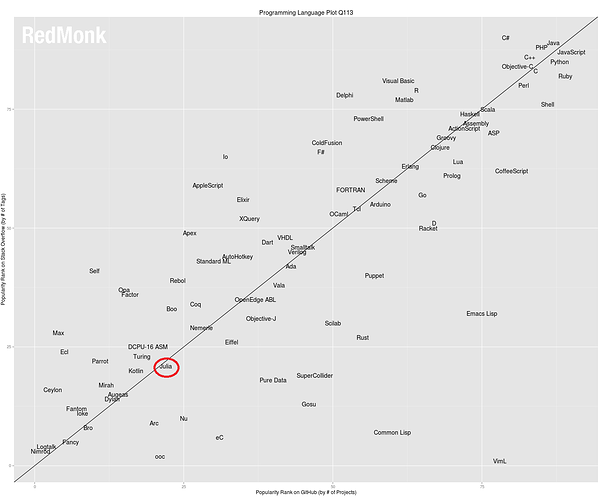 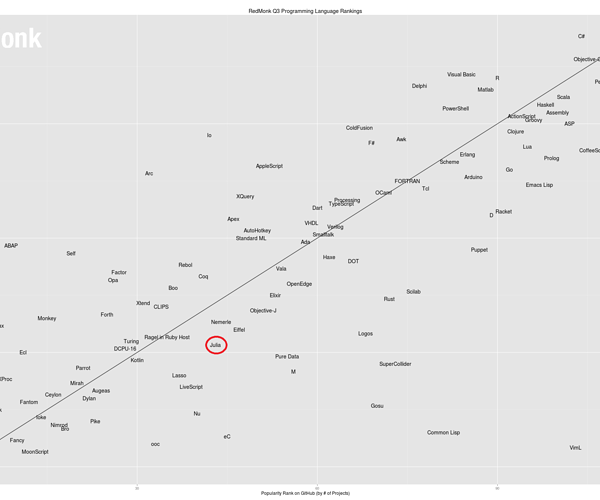 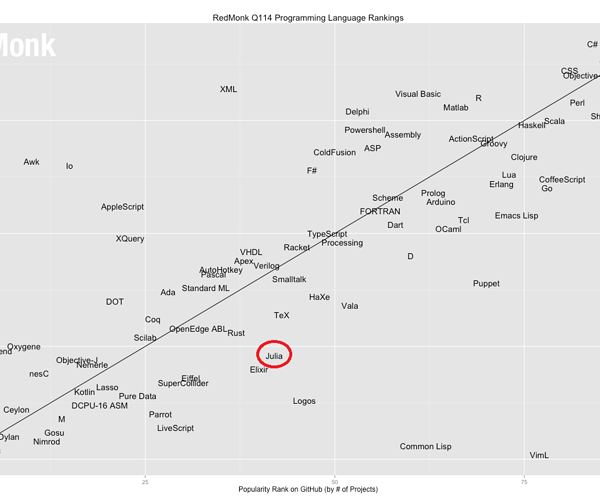 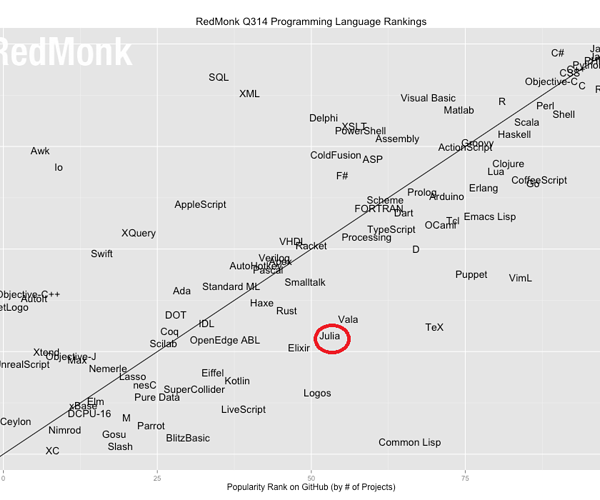 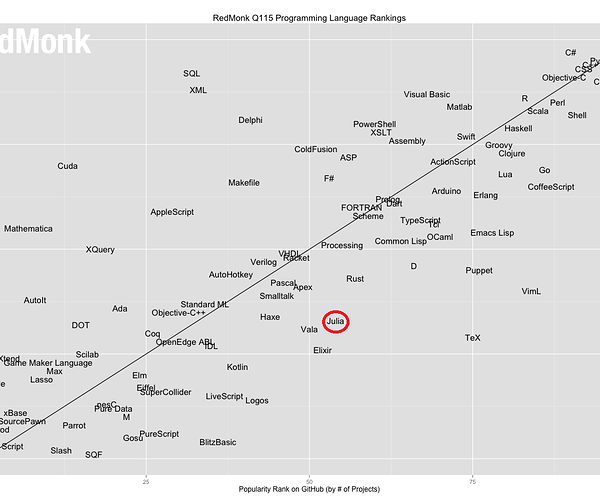 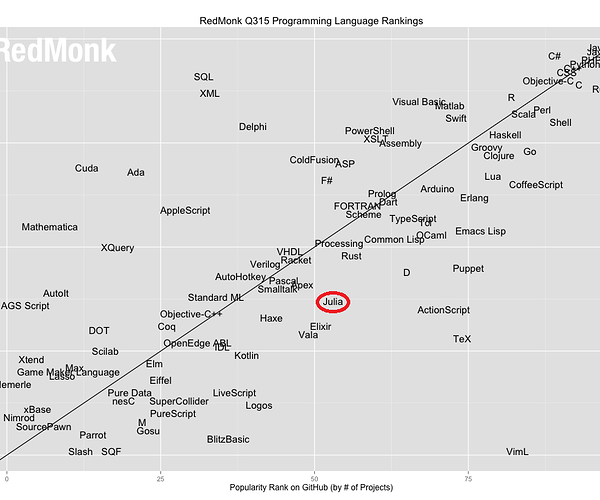 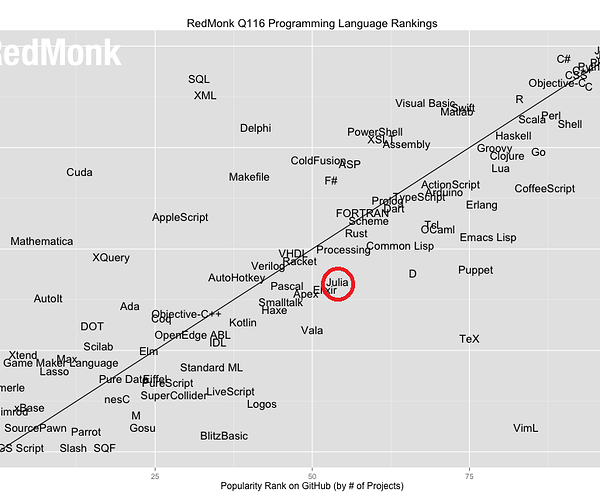 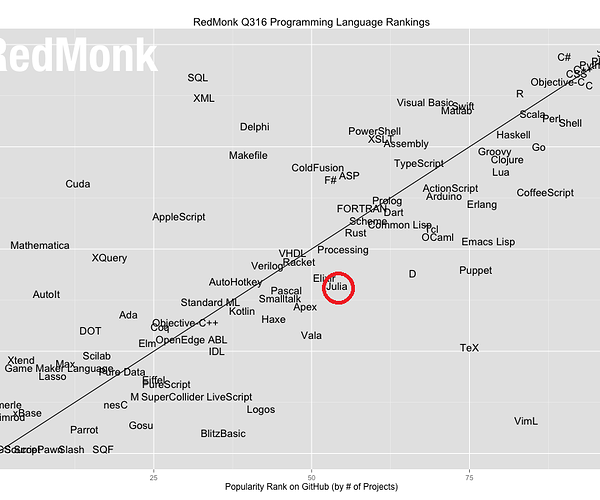 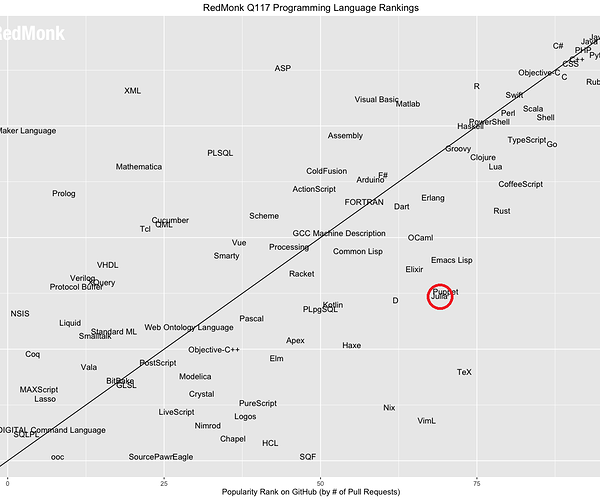 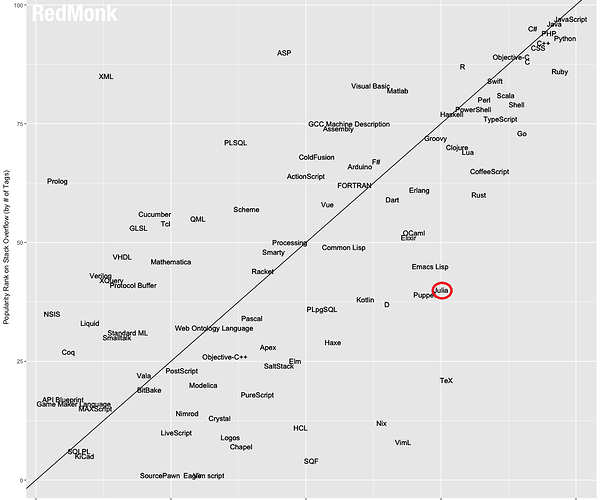 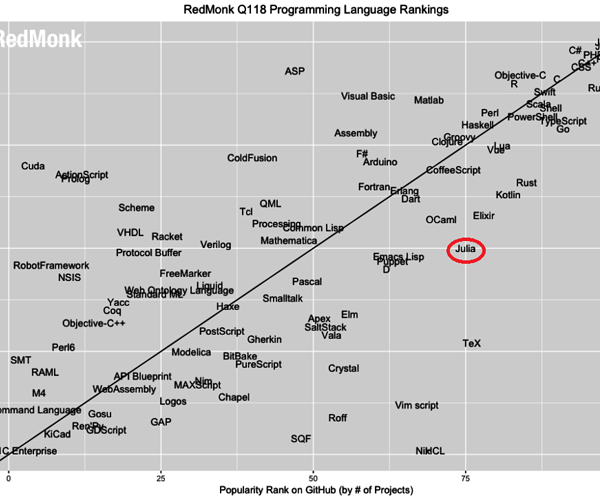 Appendix B. Authors and contributors